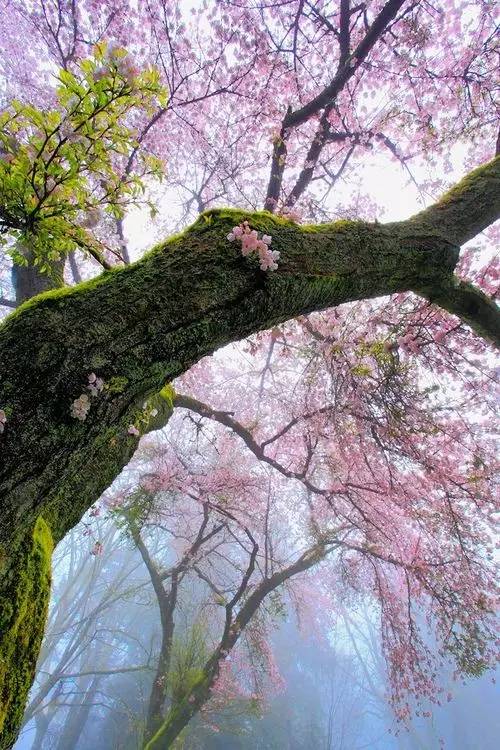 3. Separation of the focal plane: The larger the aperture, the shallower the depth of field, and the more obvious local features, locking the reader’s attention on the focal plane, which is not easy to be distracted. 3. Describing the shape: When reflecting the shape of the tree, in order to shoot the tree taller, it is necessary to close the shooting, and at the same time to see clearly, so the aperture value needs to be increased. 4. Take out the artistic conception: However, when the subject is a tree or a landscape painting, it is necessary to use a small aperture to show the relationship between the part and the whole. Let me talk about how to use a small aperture to shoot flowers, and how to express the relationship between the part and the whole?
1. Find the subject: The pictures of flowers are easy to look the same, so they must be divided into primary and secondary, such as focusing on the pavilion, people, bridges in front of you… not just to shoot flowers! 2. Hierarchical relationship: It expresses the progressive relationship from bottom to top, and vertical composition is easier to stretch this vertical distance relationship. 3. Line guidance: Whether it is a winding hill or a road leading to a distance, there is a sense of pleasure in direct or secluded places. 4. Change the angle: Take a picture with the same low angle, overhead shot, and symmetrical composition, and change the angle to give a fresh feeling through the visual difference. Hope this lesson helps you
END