the neglected details and stories in life are highlighted by the photographic romance. If photos are references and frames to the world, film photography is a reference experience that cannot be copied. From operation to production, it follows the precise and rigorous operation step by step, but also because of the uncontrollable contingency, people gain a lot of accidents and uncertainties — a combination of reason and emotion. Perhaps because it is so close to life itself in essence, it can reflect life so clearly

known as the “father of color photography”, William Eggleston, unprecedented use of rich colors to present the most common and even trivial appearance in daily life, and opened a new chapter in the history of modern photography

Coke bottles on the bonnet of cars, billboards everywhere, old luxury cars or puddles on the streets — Eggleston attracts people’s attention to the most common things with its so-called ” democratic ” perspective. He is fascinated by the possibility of ordinary imagination, so he always aims at those ordinary and special scenes and objects, and then renders and strengthens the atmosphere with color

William Eggleston, From The Democratic Forest, 1983-86

these calm and gorgeous images frame parts of the secular world. Through sophisticated composition and processing, they look particularly real and surprising. Colors are everywhere. “He wants us to wash our eyes until we can see the delicacy and poetry of mediocrity without prejudice.” （MichaelGlover）。

before nan goldin, no one recorded himself with a camera as recklessly and truly as she did. In her decades of creative career, Goldin works enable photography to face the situation of people in life more honestly – sex, violence, drugs, AIDS and even death – she used cameras and films to witness the daily sweetness, pain and madness of herself and that generation of people 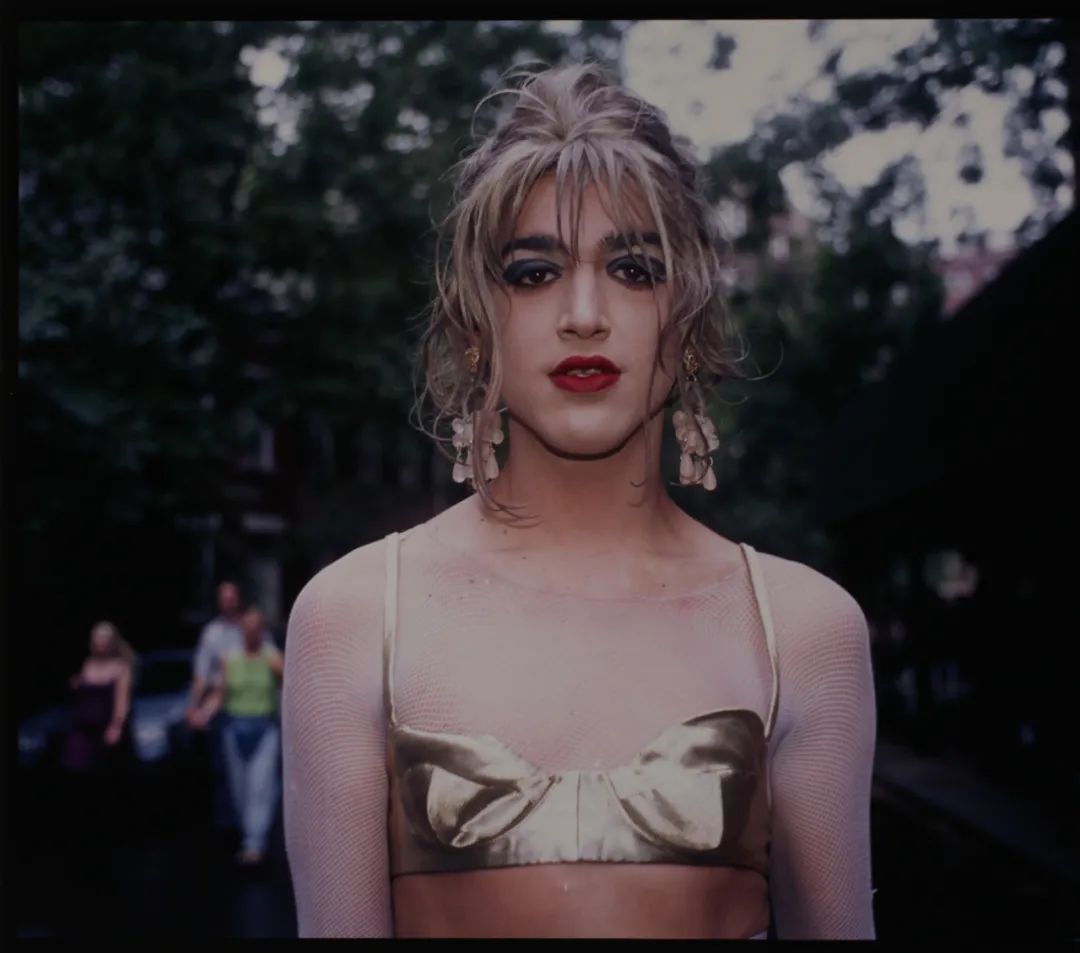 14 left the family at the age of and picked up the camera at the age of 18 . My sister’s suicide made Goldin not want to lose any memory about anyone again, and I have been addicted to photography since then. Private life has always been the material and source of this female photographer. Her frank visual diary strongly calls on the identity and situation of everyone in the photo, and never dodges or beautifies any real emotions and moments 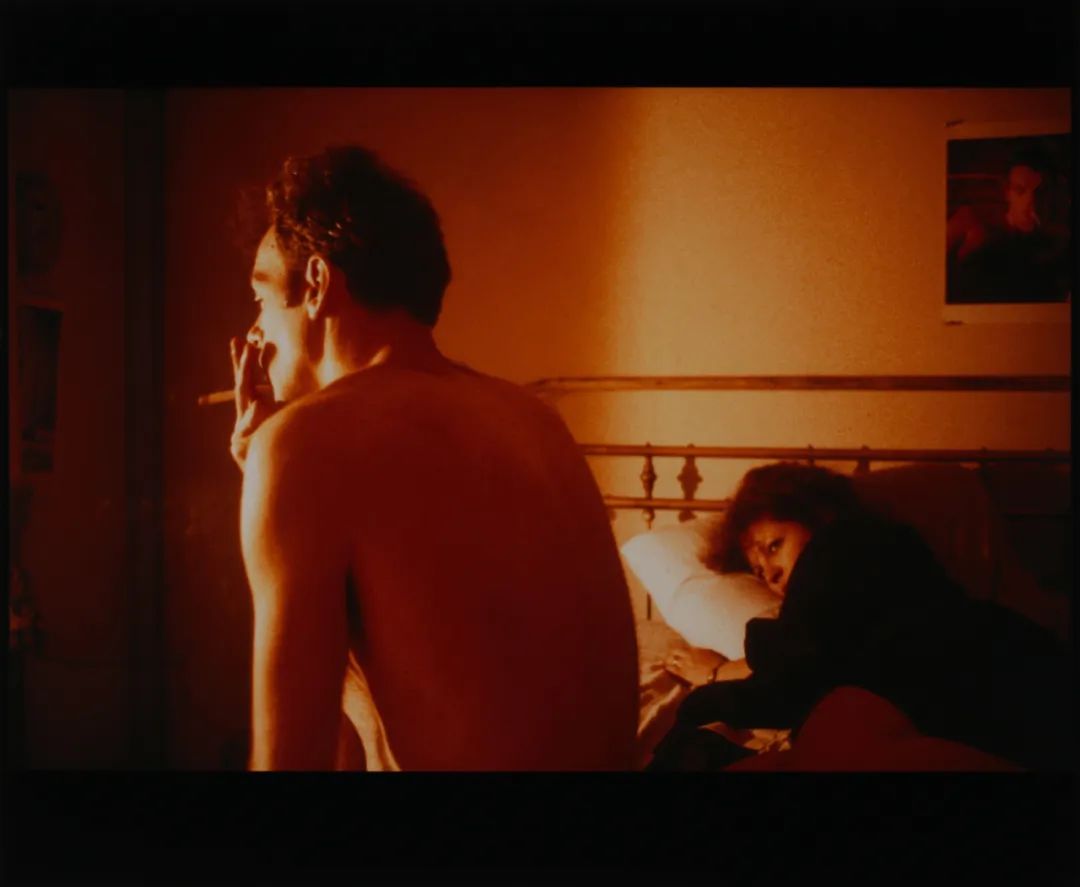 the body of the staring lover is shrouded in a beam of yellow soft light, and the afterglow of the sunset shining into the bedroom is gentle and quiet, which seems to indicate a gradually lost and disappearing relationship jimmypaulette the well-defined face is lit by the flash of Goldin in the dim street view; The rich makeup and the golden corset worn outside the white mesh tights did not completely cover up the masculinity in Jimmy’s body. He is as androgynous as his name. This is shocking truth and power

Japanese photographer Shimao Shinzo (shimao shinzo) is also a recorder who deeply stares at himself and the life around him. Over the years, he has photographed his family and family space from a calm perspective unique to men. The expressionless wife, lively daughter, scattered toys, and rigorous and extremely balanced black-and-white colors present the excitement and warmth of trivial life as an almost cold spectator experience 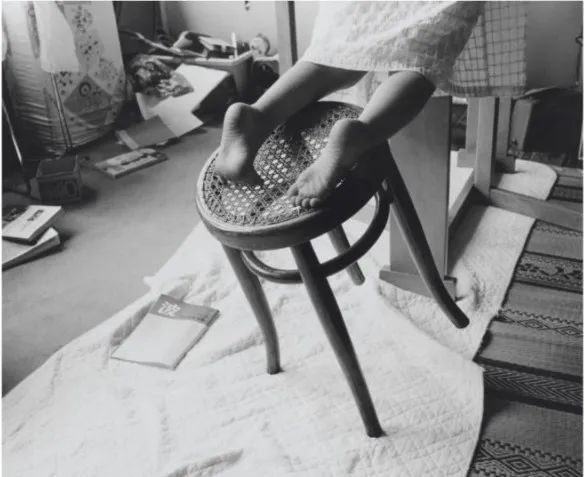 at the same time, Shinzo Shimao always shows his subjects in specific environmental details. Human expressions and emotions are not the only objects he emphasizes, and the details of his surroundings or background are equally important to him. As an observer and photographer, Shimao Shinzo himself has never appeared in these family pictures. He seems to try to maintain a cautious and subtle distance from his life 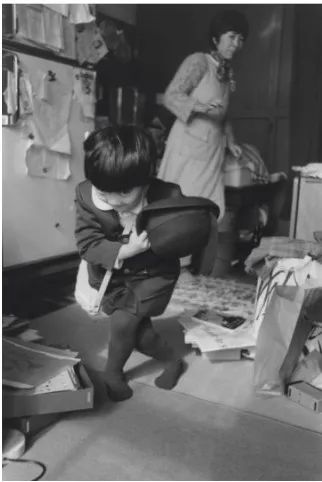 compared with nangoldin all taboo exploration, life under the lens of Shimao seems more quiet and conservative, but under this surface tranquility, there is a man’s mood and willingness to destroy all balance, which Shimao himself calls man’s ” original sin ”

quiet, poetic and daily, Lunzi Kawaguchi’s photography works are known as ” ” visual haiku ” . Like this unique Japanese style, she continues to record the simple beauty of ordinary life in a neat and straightforward way 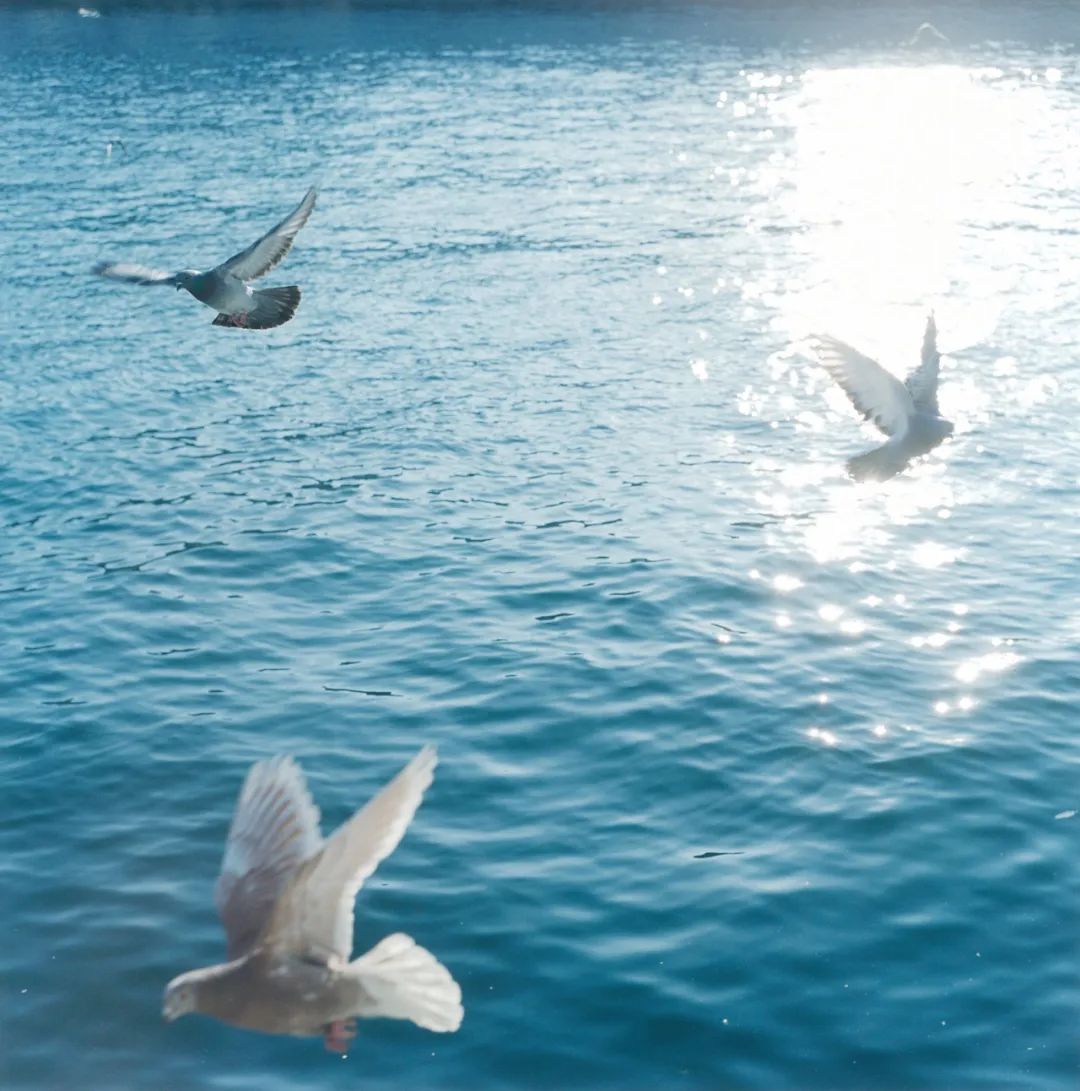 no matter what her mood is, in the world of Lunzi Kawaguchi, taking photos is as natural as drinking tea: she wants to grasp everything that attracts her – flowers, birds, fish and insects, fireworks, water waves, fragments of ordinary life, or traces of tiny life

these works construct a new content system, which aims to emphasize the perception and recognition of natural forces and the connection between human beings and nature or the animal world 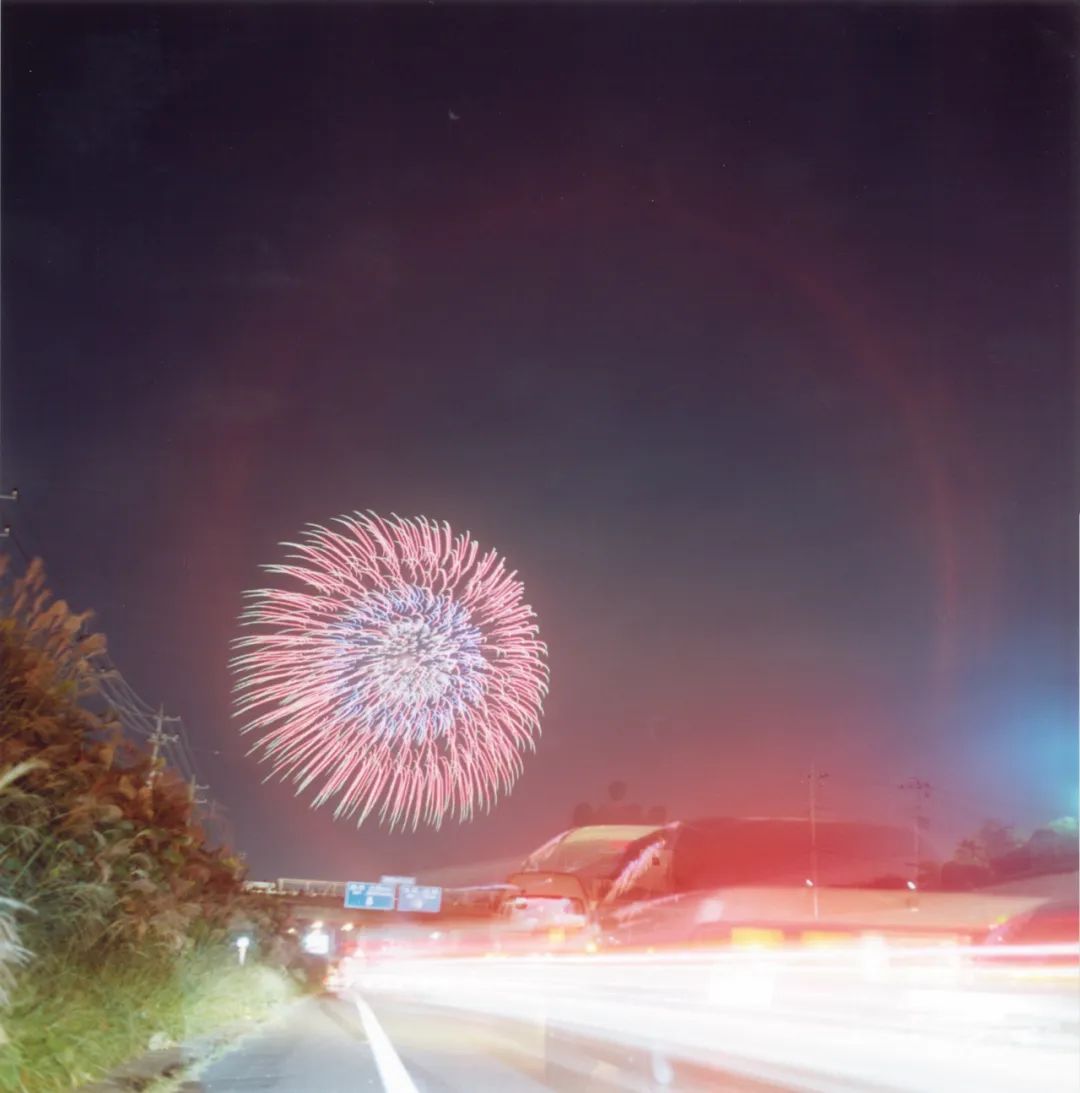 it is these rich daily images that show the powerful power of poetry, which exactly coincides with the typical cultural spirit of Japan

what she is committed to creating is the ” Overture ” General story beginning – it is a quiet moment before the shower, a kind of expectation and imagination of what is coming

since the early 1980s, jeff mermelstein has traveled the streets of New York like an anthropologist and photographed all kinds of faces and emotions of New Yorkers passing in a hurry and belonging to the city alone. These photos constitute a crazy and real emotional world – frivolous, panic, neurotic; Lost pride, insufficient bravado or out of place self infatuation – we will be surprised to find that human subtle and complex psychological states are so straightforward and frequent in daily behavior

this has become so humorous and exciting under the presentation of mermelstein . Driven by keen intuition and an almost voyeuristic curiosity, the images of street life recorded by mermelstein are unparalleled in color and composition, even in today’s culture of “everyone is a photographer” and everything serves vision and lens, Few people can accurately control the picture and emotion to such an appalling situation like mermelstein . He saw and captured the moments that most of us are used to ignoring or completely missing, and accumulated and created them into a different portrayal of New York society