The origin of the logo can be traced back to the “totem” of ancient times. At that time, each clan and tribe had an animal or natural object with a certain mysterious relationship with it as a special mark (called totem) of the clan or tribe. For example, the Nuwa clan used snakes as totems, Xia Yu’s ancestors used yellow bears as totems, and others used the sun, moon, and crows as totems. At first, people carved totems on the caves and labor tools where they lived,
Later, it was used as a symbol of war and sacrifice, becoming a clan flag and clan emblem. After the country was born, it evolved into the national flag and national emblem. In the production, labor and social life, the ancients created and used various types of signs such as road signs and villages in order to facilitate contact, indicate meaning, and distinguish the types, characteristics and belongings of things. Logo, stele, seal, coat of arms, etc. Broadly speaking, these are LOGO. It was found in ancient Egyptian tombs that most of the vessels with LOGO patterns were the LOGO and names of the manufacturers, which were later changed into patterns. In ancient Greece, LOGO has been widely used. In ancient buildings in Rome, Pompeii, and Palestine, special logos such as crescent wheels, grape leaves, and similar simple patterns have been found on ancient buildings in Palestine. The armors worn by soldiers in the Middle Ages in Europe have invisible marks on their heads to identify belonging, and noble families also have family emblems. In ancient China, one’s own workshops and shops were accompanied by signs, guise and other signs. There were obscure signs in the paper made in the Tang Dynasty. By the Song Dynasty, the use of trademarks had become quite common.
Manifestations
As a LOGO with media characteristics, in order to achieve all visual recognition functions in the most effective space, it is generally through the combination of special patterns and special words to achieve the presentation, description, communication, and communication of the identified object to guide the audience. To achieve the purpose of enhancing reputation and memory.
The combination of expression forms is generally divided into specific patterns, specific fonts, and composite fonts.
1. Special pattern:
It is a symbol of representation, unique, eye-catching, and the pattern itself can be easily distinguished and remembered. It expresses the identified object through painting expression methods such as implicit, association, generalization, and abstraction, and the expression of its concept is summarized and imaged, but it is related to the identified object Not direct enough, the audience can easily remember the pattern itself, but it takes a relatively tortuous process to recognize the relationship between the identified object, but once the connection is established, the impression will be deeper and the memory of the identified object will be relatively long-lasting.
Therefore, when the requirement for long-lasting memory is high, a good special pattern image should be designed. A better design, such as Apple’s tooth-printed apple, has a good grasp of the various elements of the pattern LOGO for promotion. In other cases, it is hoped that Those who build their image within a short period of time should also design corresponding mascots to strengthen communication and understanding with familiar concepts like Apple.
In the era of modern spiritual fast food, Lucent’s red circle is also becoming fashionable. However, this kind of design can only be received on the website of a design company in China, but a spiral Lucent red circle appeared in the LOGO of a newest film and television variety show of cable TV. It is regrettable that it is bold enough to learn from, and the creativity is insufficient.
2. Special text: It is an ideographic symbol. In communication and dissemination activities, the names of the identified entities or their product names that are repeatedly used are unified in a form of text. The meaning is clear, direct, and closely related to the identified object. It is easy to be understood, recognized, and has an explanatory effect on the expressed concept. However, because the similarity of the text itself can easily obscure the audience’s memory of the logo itself, it will be difficult to The long-term memory of the logo body is weakened.
Therefore, special characters are generally used as a supplement to special designs, and the font selected should be consistent with the overall style, and new and differentiated creations should be made as much as possible.
A complete LOGO design, especially a LOGO design with Chinese characteristics, under the requirements of internationalization, should generally be considered in the form of at least bilingualism in Chinese and English, and the proportion of Chinese and English characters should be considered. Matching, generally, there should be patterns in Chinese and patterns. English, patterns in Chinese and English, and a combination of individual patterns, Chinese and English. Some also consider traditional, other specific language versions, etc. In addition, it is necessary to take into account whether the application of the logo or text after expansion is beautiful, which is very necessary for the production of backgrounds, etc., which is conducive to the pursuit of the effect of symbol expansion.
3. Synthetic text:
It is a synthesis of representational ideology. It refers to a design that combines text and pattern. It has both the attributes of text and pattern, but all causes the relative influence of related attributes to be relatively weakened. For different object orientations, LOGOs with partial patterns or partial text are produced. Will make a big difference in expression. For example, simply modify the printed font, or turn the text into a decorative shape for everyone to guess. Its comprehensive functions are:
a. Able to directly understand the impression of the marked entity and let readers understand through text modeling;
b. The text after the styling is easier to impress and remember the viewer

Composition definitionedit
Graphic LOGO
A graphic logo refers to an irregular graphic composed of points, lines, and surfaces. Create new graphics, and this group of graphics does not exist in life.
Font LOGO
A font logo refers to a graphic formed by using Chinese, English, and Arabic numerals to beautify by artistic design. [1]
Image LOGO
An image logo refers to an image composed of animals, people, plants, and geometric figures, and this group of images suggests something or something. And this set of images is real in real life. 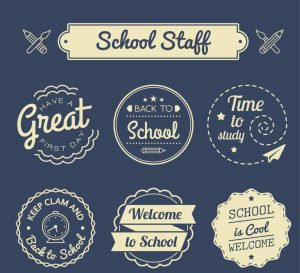